It had been over 15 years since London’s “nu-gaze” masters had graced a stage in Norfolk’s fine city, but they had finally returned to fans both old and new. Last year eventually saw the release of the band’s highly anticipated second album, The Secret Sessions and a UK tour was always expected by fans. If the Norwich show was anything to go by then the rest of the UK tour would have been well worth the wait.

Supports for tonight’s gig were Norwich’s own KAMENSKO and MARLA, bands which prove the local scene is in safe hands. KAMENSKO warmed up the crowd with their classic sound but surprised with the odd cheeky breakdown, fresh yet funky. MARLA had an immense sound considering they were one member short, their stage presence and rich material more than made up for the absent member. A high-energy indie band in the same vein as THE EDITORS but bolder, there were lots of interesting and captivating sounds to pull the crowd closer to the stage. One band to watch for sure.

There was a modest excitement before MY VITRIOL took to the stage. Remember, this is a band who performed on Top of the Pops and main stage Reading and Leeds back in the day, so to see the group in such an intimate venue as The Waterfront Studio is a special treat indeed. One striking component of their set was their impressive light rig, it made the small venue feel like a room triple its capacity and perfectly complimented the dreamy and melodic rock the band from London produce.

Kicking off with a few newer songs from The Secret Sessions, such as We’ve Lost Our Way and It’s So Damn Easy, the band, including frontman Som Wardner, looked relaxed and oozed professionalism on stage. The new songs nestled nicely amongst the old with fans greatly appreciating Finelines’ lesser known songs such as Infantile as well as the classic single Grounded. By the time the band finished with Always Your Way it felt like tonight had been a celebration of the band’s reunion but also a celebration of their unique material which had been sorely missed in the UK music scene. “Hopefully it won’t take us 15 years until we play Norwich again.” Hopefully Som, hopefully.

You may remember Metalmance reviewed REZINWOLF’s single Poison Ivy way back in September, but now the lads from Harwich have finally released the EP and it is a shining example of what metal delights Essex has to offer. If you’ve been following the band from their early beginnings and their debut Corruption Kingdom, you may be surprised by the change in direction from thrash leanings to a more classic approach to proceedings. Keeping it old school yet refreshingly modern, it is clear from the first listen REZINWOLF have poured their hearts and souls into this record, but are metal to the core.

Kicking off with Voice of the Youth, the quality and depth of the song writing is only the start of it. Vocalist Danny ‘Murf’ Murphy’s clean vocals have improved massively, with his yaps and yells spot on in classic fashion, yet sounding smooth and charismatic for the melodies. With solos aplenty, the talent of the band is apparent straight away yet they somehow avoid clichés, most likely through their passion for their craft which just oozes out the speakers.

Nearer My Hell To Thee is a punchy and bright number. With this second track it is already impossible not to be seduced by the band’s infectious choruses. The vocals in this track in particular are stellar but it also becomes evident the band’s decision to record and mix in a studio was an excellent choice, as the recording positively shimmers with polished tones and has set the band to flourish. The bass is nicely nestled in the mix, enabling a full and dynamic sound full of rich layers of melodies and riffs, resulting in a delicious gateau of heavy metal.

Third track is in memory of Murf’s mother who tragically passed away before the release. Restart Your Heart brings 80s classic rock to the fore, with cheesy and catchy melodies but with extra heart. If a less experienced band attempted to pull off a track such as this, it might not have been convincing, but REZINWOLF execute the emotion in this song perfectly and you know they mean every word. Even the riffs are catchy. By now you know the band are onto a real winner with this EP, they’re everything you wanted AIRBOURNE to be. They live and breathe this.

The EP closes with the stunning Poison Ivy, which harks band to the band’s heavier origins with more thrashy elements than the rest of the EP. With another catchy chorus but a darker feel, this track is still as irresistible as when it was first released last year. There is a sprinkling of piano on the closing bars, resulting in a dramatic yet thrilling ending for the EP. REZINWOLF have set themselves a high bar here to top when they record their next album. It will be exciting to see what direction the band move into next, but one thing’s for sure, you’ll want to buckle up and go along for the ride to see what heights REZINWOLF can reach with this release. 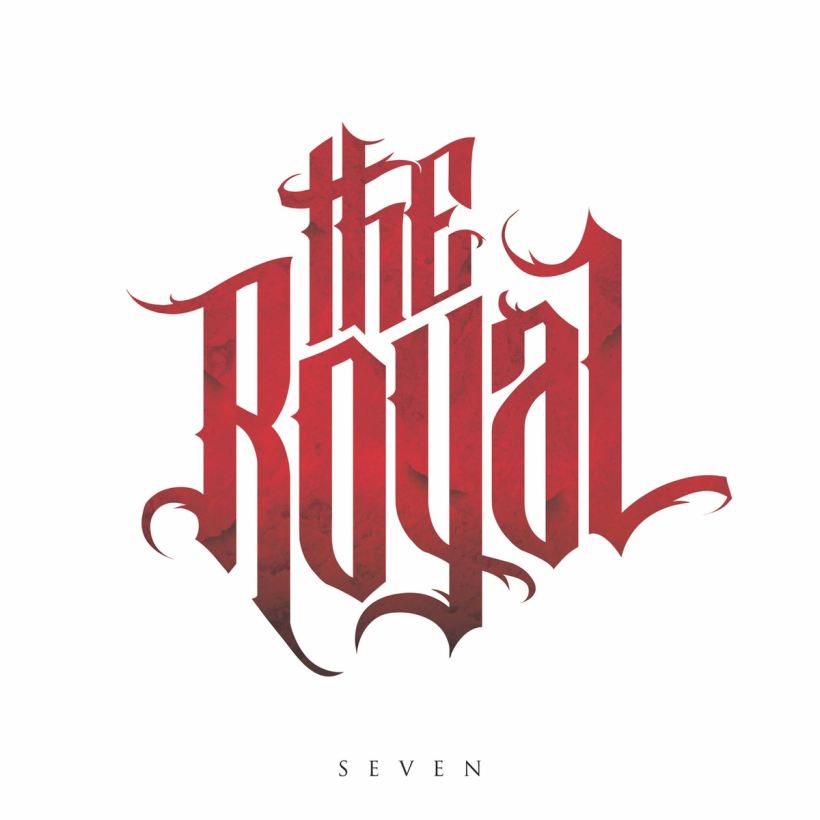 Since releasing their debut album Dreamcatchers in 2014, THE ROYAL have slowly been causing a stir in the European metalcore scene, and now hopefully with the band’s first label release Seven through Long Branch Records, this group of promising Dutchmen are set to take the scene by storm. Seven continues where Dreamcatchers left off, but things sound a lot sharper, more structured, and vocalist Sem Pisarahu has definitely found his vocal niche with this release.

To kick off proceedings, Thunder storms in with riffs galore, and soon enough we’re back amongst THE ROYAL’s safe clutches. With this opening track, the band’s confidence oozes through the speakers, with bold tones and an urgent presence, the song soon gives way to one of the album’s highlights, Feeding Wolves. Featuring Carlo Knöpfel of BREAKDOWN OF SANITY this song features a lot of exciting elements; elegant riffs which soon erupt into a crushing mass of tech riffery and catchy lines which are destined to be firm favourites for fans to shout along to. Unapologetically heavy, yet diverse enough to remain interesting, this track sets the milestone for the remainder of the album.

The third track, single, Wildmind maintains the band’s infectious energy and features one of the album’s most memorable riffs. It is becoming apparent THE ROYAL are definitely ones to watch, with their mix of a bruising foundation, topped by piercing guitars and crushing vocals. This variety is worked to create an interesting and unpredictable bag of metalcore. Creeds and Vultures surprises the ear with tech riffs that border on the djent, along with an unexpected acoustic middle-eight and a triumphant outro. A truly impressive track in terms of seamlessly mixing all these components together, THE ROYAL confidently demonstrate they are still unfazed by including acoustic and orchestral parts, as any fan of the debut album would be familiar with.

This continues with the piano opening of Counterculture, the second single taken from Seven. With a desperate message, the band storm their way through the song, once again with killer riffs and a hardcore attitude of camaraderie. A thought provoking song about the state of the world, this message has time to sink in during the album’s atmospheric interlude, appropriately named…Interlude. This is soon interrupted with the whirring riff of the title track, which is an example of the band’s leaning towards the more tech side of metal.

Life Breaker and Thalassa are chock-full of tech influences, with both songs of course containing signature killer riffs, you can just assume by this point that the remainder of the songs will also plentiful in the riffage department. Indeed, closer Viridian needs something special to offer to put the tech metal cherry on top of THE ROYAL’s metalcore cake. And it certainly delivers; a fast-paced, energetic number, it is the perfect counterpart to Thunder, nicely sandwiching all the riffs and screams between two solid tracks of THE ROYAL goodness.

A seriously blinding effort, Seven will hopefully propel THE ROYAL to the forefront of the burgeoning scene. It will be exciting to see what the future holds for this promising lot and how the band evolves for future releases.