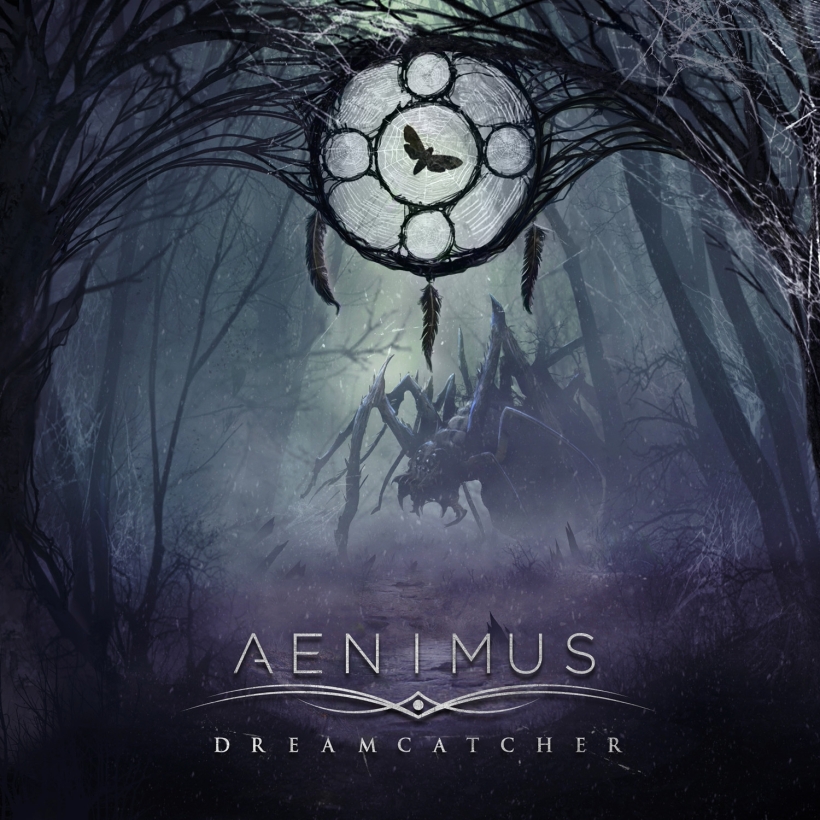 California’s AENIMUS have slowly been on the rise since their debut album Transcend Reality, but one thing’s for sure, second album Dreamcatcher will only propel the progressive metal band to new heights. The technicality and ambition on display here will make you think you’re listening to a band well into their metal career, making AENIMUS that little bit more exciting to listen to and to watch grow, because in reality they’re still honing their sound! In an oversaturated scene of so-so bands, groups have to really churn out something special to stand out, luckily AENIMUS have upped their game with this album as it really packs a punch.

The phrase “start as you mean to go on” springs to mind when Before the Eons bursts in. It’s a really technical track but extremely listenable, and the album continues in the same manner. The band channel their inner OPETH and BLACK CROWN INITIATE while BETWEEN THE BURIED AND ME-sounds provide the quirkier moments. An uplifting riff and epic solo storms the middle. Delicate guitar work provides a darkly soothing interlude, making this opening track a mesmerising feat. A blistering start.

Eternal sounds like the lovechild of CABAL and SHOKRAN – a terrifying lovechild. The song boasts the first of the spectacular clean vocals on Dreamcatcher. The vocals haven’t been chucked in for the hell of it, oh no, they ramp up the coloassal intensity of the track. This brilliant intensity continues into The Ritual which is a song which would please BEYOND CREATION and BLACK CROWN INITIATE fans. The bass really comes to the fore here, making this track a real progressive and technical beast.

The fantastic orchestral and oriental My Becoming is another one for SHOKRAN fans. Not only do AENIMUS nail the technical aspect of their sound, but they could easily be the masters of melodic tech death if they so wished. This is an absolutely huge track of epic proportions. Next song The Dark Triad is also a bit of a belter. Beginning with a big ol’ groovy riff, this is one song I’d like to see live! The darkness and rich textural depth matches the artwork for Dreamcatcher, you’re also never quite sure what monstrous element is around the corner!

Between Iron and Silver is an ambitious song which is beautifully executed. The dark, brooding moments collapse into passages of sheer magnificence, this won’t be a song you’ll easily forget. The instrumental and orchestral moments on Dreamcatcher are brilliantly composed and deserve a special mention. It is the dark soundscapes such as the ending of Between Iron and Silver which complete the album. We are violently brought back to our senses with the face-ripping riff and ferocious drumming on The Overlook. The vocals almost have the same impact as ARCHSPIRE at the very beginning, the intensity of the whole track is terrifying.

Technical death metal takes over in Caretaker which is one of the heaviest songs on Dreamcatcher. The heavy technicality of AENIMUS is flawless and when the breakdowns crash in you’ll be running for cover. Second Sight is another relentless track. The melodic moments remind me of DISTORTED HARMONY but the illusion is soon shattered by the trenchant end.

Penultimate track Day Zero provides a violently perfect start to the album finale. The terrific title track brings Dreamcatcher to a bewitching and storming conclusion, exactly what an album of this calibre deserves. If you haven’t been blown away by a record yet this year then Dreamcatcher will change all that. AENIMUS seem to masterfully mix progressive and technical metal with elements of deathcore and melodic prog metal into one exciting and unforgettable package. Outstanding.